There are reports about inflation in Venezuela. Caracas is a port on the Venezuelan Basin. There are military academies in Caracas, Maracay, and Valencia. There are tank driving schools south of Caracas. The tanks might be sent to Venezuela from Lubeck, Germany. Lubeck is a port near Poland. Lubeck used to trade in East German mark. It seems like the East Germans used to send military personnel to Caracas and they assisted in teaching the Venezuelans to drive tanks. "The political situation in Venezuela escalated on January 23, 2019, when ex-speaker of the parliament Juan Guaido declared himself an interim president." (June 22, 2020)

Notice this reference to organized labor in Argentina. The Germans have developed radios that can send long distance transmissions with precision. Warsaw is inland. There might be labor leaders in Warsaw who manage trade through the Gulf of Danzig. Lubeck used to trade in East German mark. It seems like the Argentinians import German-made radios for use by their military. "...right to deal directly with troublesome foreign labor leaders..." There are military academies and tank driving schools in Venezuela. There might be tanks sent to Buenos Aires from Lubeck.

"...fighting in Upper Peru..." Notice this description of the military in Argentina. There are tank driving schools south of Caracas. There are concerns about German radio technology. The Germans have developed radios that can send long distance transmissions with precision. The Argentinean military might use German radios to move their infantry. There are reports about inflation in Venezuela. It's possible there is inflation in Buenos Aires. 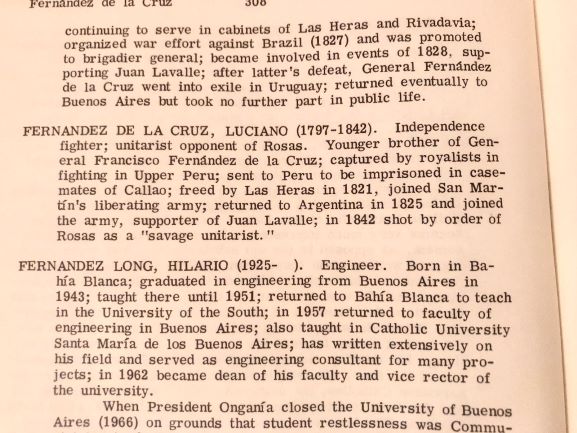